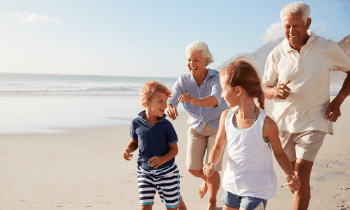 I would have more satisfaction in giving my children money now rather than waiting until I’m gone, but how will this impact me?

Harry and Beth are in their mid-seventies, they’ve been self-funded retirees for the last ten years. The couple have enjoyed trips and cruises to various parts of the world and have recently spent a few months driving around Australia. They have two children, Brian and Lizzie and four grandchildren. Brian is married to Helen, but Lizzie got divorced three years ago and is now a single Mum to two of the four grandkids.

Harry and Beth have been clients of Treysta since before their retirement and have been somewhat surprised by how well their money has lasted given all they’ve done. They sense that the big trips to Europe are now behind them and will likely keep their future holidays to Australia, with maybe a cruise or two thrown in.

During their drive around Australia Harry and Beth were discussing how nice it would be to help their children financially. Lizzie has struggled to re-establish herself financially post-divorce and their eldest granddaughter Gilly, Brian’s daughter, is about to start at an expensive private school. The couple decide to make an appointment to meet with their adviser as they have the following concerns and questions:

Having met with their Treysta adviser, Harry and Beth now have: