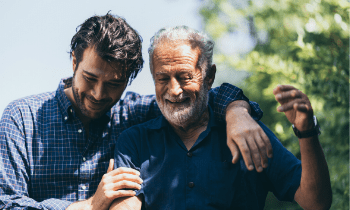 I have a financially dependent adult child – how do I protect them when I’m no longer around?

Lawrence has been the sole carer for his adult child Richard, for many years. Richard is an only child and his mother passed away some years ago. Aside from day to day care, Richard is also financially dependent on his father as he is unable to work. Now in retirement, Lawrence is beginning to worry about what things will be like for Richard when he is no longer around.

Lawrence owns his home; an investment property and he still has considerable funds in superannuation. Richard will be the sole beneficiary of Lawrence’s estate. While Lawrence is somewhat confident that Richard will have enough money for the rest of his life, he has many other unanswered questions which are causing him great concern.

Lawrence’s close friends suggest he start by having a conversation with their financial adviser, to see if they can ease his concerns at all. In the initial meeting Lawrence sets out his worries:

Sometimes the problems we face seem insurmountable and because they seem difficult to solve we often put off dealing with them. Ultimately, we are often surprised to learn that solutions exist, and we experience a huge sense of relief. Here are some of the things Lawrence learned:

That he can have absolute confidence that with good planning he can indeed ensure that he can protect Richard future when he is no longer around.