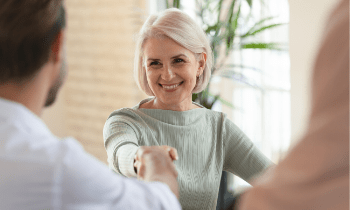 When Can I Retire?

I’d really like to retire sooner rather than later, so want to understand when it will be possible?

Anna is 58 years of age and has been working for the same company for 10 years. Recently her boss retired and she doesn’t get along with her replacement, it’s just not the same anymore. She’s started to think about whether retiring slightly earlier than she had planned would be a possibility but doesn’t know where to begin to understand how to make that work.

A friend suggests she speak to someone who can help her weigh up all her options and make an informed decision, sooner rather than later as it’s starting to get her down. After a little research online, she comes across Treysta and gets in touch.

Anna speaks to an adviser and asks the following questions:

These seemingly complex questions were easily addressed and by empowering Anna with the financial and factual information she needed, she was given the ability to make confident decisions around her work choices and begin the process of designing her idealised retirement.